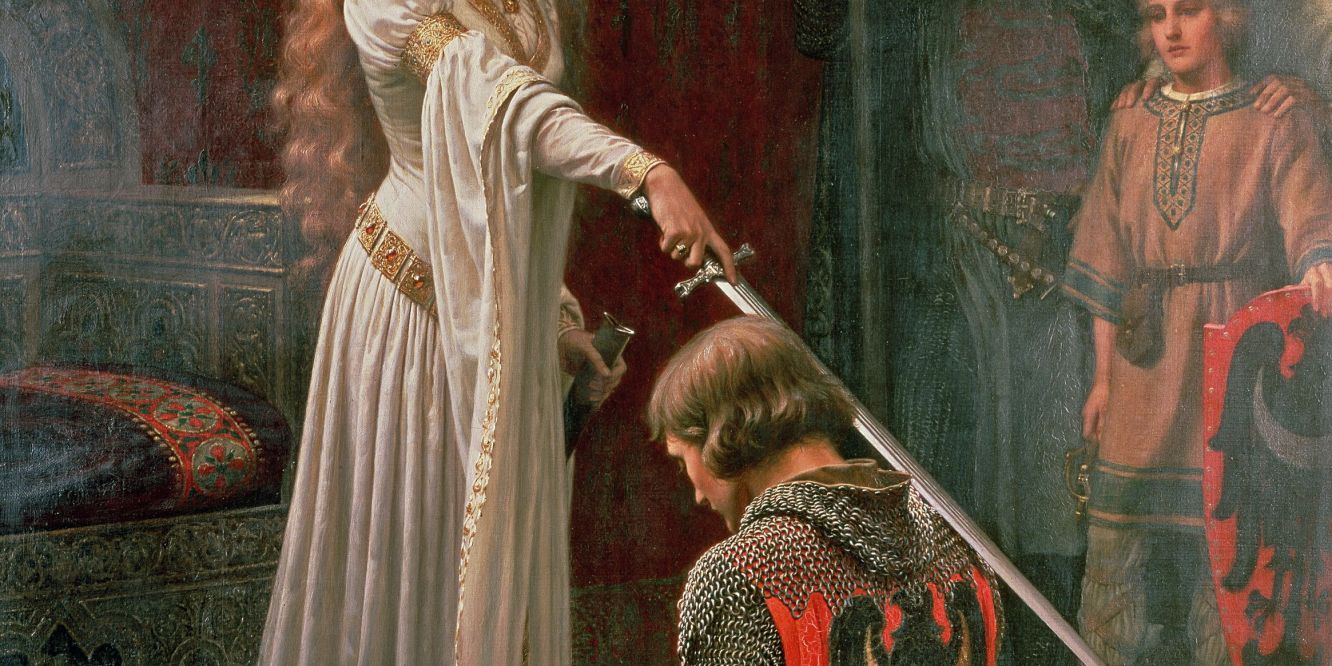 You are to become a knight. Your powerful lord stands before you, reciting an oath that you repeat, committing yourself to the tenets. From now on, you are not a fighter with a slew of weapons and armour; you are not a scholar of magical spells; you are the righteous paladin of this oath who will carve a legend into the history books with tales of your devotion. The only question is: what are you devoted to?

D&D 5E has many sub-classes to choose from, spanning several core books. Here are some quick summaries of each subclass, which will give a bit of insight to the theme, generalized game mechanics, and the likely play style to expect. This list isn’t the way you are expected to play the subclass, but our own interpretation of what the subclass archetype is trying to be. Your interpretation may differ, and if it does, please share how!

Theme: Sworn loyalty to a lord or purpose, this paladin is devoted to upholding their honour in the name of a promise that they have made. Whether it be a law, justice, or an authoritative figure, this is the knight who values their word and loyalty above anything else.

Game Mechanics: Additional spells include utility and protection spells, like protection from evil and good, or sanctuary. They are able to magically enhance their weapon to do additional damage and create light. The devotion paladin can also turn undead or fiends, making them run away in fear. At later levels, they have an aura to protect themselves and allies against being charmed.

Play-style: You want to play the honorable knight, healing the injured, protecting the weak, and showing how great your honour is. You like to reserve your spells for role-play, and focus on your weapons for combat.

Oath of the Ancients (PHB)

Theme: To this paladin, nothing is more valuable than loyalty to life itself. The ancient oath works with all kinds of nature to vanquish those who would seed evil into otherwise peaceful grounds.

Game Mechanics: Additional spells, with a nature focus, work to control movement and interact with plants and animals. They can call upon nature to root enemies in place, or to turn fey and fiends. At later levels, they gain a powerful aura to reduce all spell damage by half, and eventually gain the ability to come back from 0 hp.

Play-style: You like the idea of playing to an oath that is above society and people. You like the nature loving side of druids, but want to use weapons and armor with a only a dash of magical spells.

Theme: Perseverant and persistent, the paladin of vengeance will tear down any obstacle to find justice, punishing those that have wronged them or others.

Game Mechanics: Central abilities focus on frightening and reducing enemies ability to move, or enhance your ability to catch up to opponents. At higher levels, this paladin can move with opportunity attacks and, at their highest level, are able to fly.

Play-style: You want to play the unstoppable force that is determined to get their objective. Whether it be by enhancing your abilities or preventing the opponent, your focus is always on closing the gap between you and the goal.

Oath of the Crown (SCAG)

Theme: Sworn to maintaining law and sense of order, the crown paladin is determined to find the most diplomatic way for everyone to get along and, if they cannot, to quell those that foster sedition. In the most dire circumstances, this paladin will sacrifice themselves for the good of others.

Game Mechanics: Possibly the most tank-like Paladin, this class has the ability to prevent enemies from moving away from them, healing their allies, and taking damage that would otherwise hurt their friends. At later levels, they have an advantage to being paralyze or stunned, and gain a significant amount of saving throw advantages at their highest level.

Play-style: You like to play someone who can lead: someone who will seek the truth and room for peace between people. In combat, you like to think of the strengths and weaknesses of your entire team as a whole rather than the individual.

Theme: Fear is the greatest weapon. Conquering others is easy if they already defeat themselves with despair. This paladin lives for the subjugation of their enemies.

Game Mechanics: Heavy concentration on frightening opponents, with the choice to sometimes ensure a single hit gets a massive attack bonus. Additional spells revolve around manipulating others. Higher levels include the ability to hurt others for attacking you, and a phenomenal power boost at level 20 where you have resistance to all damage, an additional attack, and critical hits on 19

Play-style: It’s more fun to you to scare your enemies than defeat them. When the opponents will resists your fright, you want to have a wealth of tools to play with their resilience. If the intimidation skill is the first thing that intrigues you in this game, then you should be picking this oath.

Theme: Deceptively peaceful, the redemption paladin has the ability to completely shut down violence confrontations, either by magical coercion or sheer strength.

Game Mechanics: Various utility spells assist in stopping combat abilities. This paladin gets the ability to have a long period of time with charisma bonuses. But, if it comes to combat, they can take the damage dealt by their opponents and deal it right back at them. At later levels, you will be able to take damage intended for your allies, heal yourself at every turn, and ultimately have resistance to all damage.

Play-style: A stark contrast from the paladin of conquest, you enjoy the diplomacy and interrogation of others. To you, violence and physical confrontation means failure. However, if you do need to defend your friends, you want to see yourself as the equal and opposing force to the enemy.

Theme: It is the oathbreakers ambition to have power over life itself. People are just obstacles to be dismissed from your path of dominance.

Game Mechanics: Additional spells have a heavy focus on attacking and animating the dead. They can emit an aura of fear to turn opponents. At later levels, the oathbreaker can deal additional melee damage, granting this bonus to their allies (ie. the summoned undead). At higher levels, the oathbreaker gains resistance to some forms of damage and, within a powerful aura, can cause a growing darkness to surround them and harm those that dare to try and attack.

Play-style: Although intended as a villainous class to use the undead to attack enemies, a player may be able to focus more on the element of utilizing the dead as allies in fighting for good. In either case, you want to focus paladin spells on attacking, and to have a regiment of undead by your side.